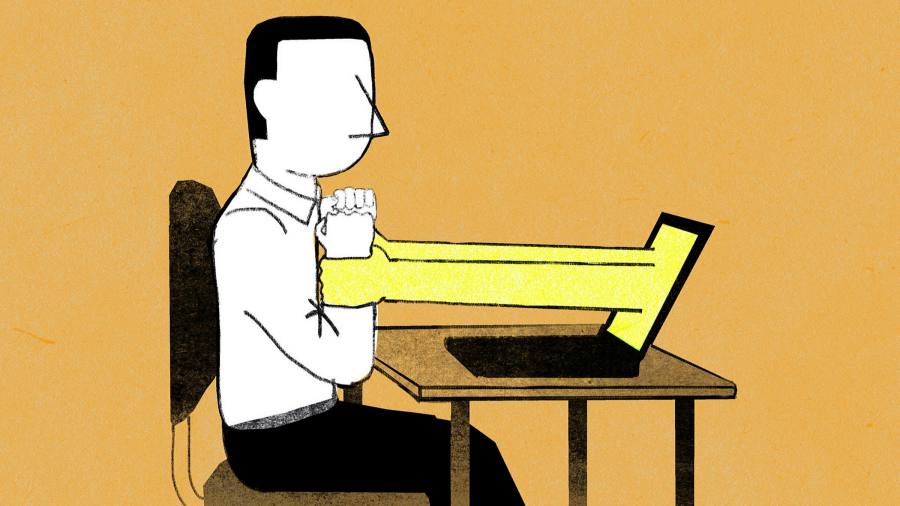 If the past two years have shown anything it is that in a choice between safety and civil rights, “freedom-loving Brits” will choose the former. Boris Johnson’s government talks a good game on liberty but, from Covid rules to new limits on the right to protest, it has similar instincts. On public order and safety, the Tories are less liberal than they like to think.

The latest front in this battle is the imminent Online Safety bill, designed to tackle internet harms ranging from child access to hardcore pornography to the algorithms that turbocharge false, violent and extreme material. The UK is jumping early, with politicians of all hues agreed that the tech giants have for too long prioritised profit over public concerns. They have watched seemingly powerless as the forces of tech reshape society unchecked. Again, public security is taking precedence.

Core to the bill is an effort to hold major tech firms accountable for controlling the content on their sites. There are new criminal offences for individuals including for threatening communications and those intended to cause harm or distress. Proof-of-age requirements for some content are demanded, though the mechanics are unclear.

The regulator, Ofcom, will gain powers to demand plans from the big social media and search companies for how they will tackle not only illegal material but, more contentiously, a broadly defined category of content that is “legal but harmful” to children or adults. This could include cyberbullying or the algorithmic promotion of false or dangerous content. In an attempt to stay nimble, the culture secretary Nadine Dorries can sign new rules into law or change the demands on Ofcom without prior parliamentary approval (though this can be reversed by MPs).

The legislation simultaneously wants to safeguard free speech and content of “democratic importance”, though mainly by preventing the removal of output from news organisations. But while the previous culture secretary, Oliver Dowden, tilted the proposals to protect free speech, Dorries sees this more through the lens of child protection. One notably awful case on MPs’ minds concerns the suicide of teenager Molly Russell, whose initial viewing choices may have exposed her to a deluge of posts on anxiety and self-harm. Yet Facebook owner Meta is resisting demands to release all its relevant data.

The bill is well-intentioned and has broad support. It has also been debated since 2019. One of those close to the legislation says: “The UK is the first to do this but sooner or later you have to jump into the water. You can’t stand at the edge forever.” The worry is that this may follow Johnson’s Brexit model of jumping first and then learning how to swim.

Tech firms warn it will chill investment in the UK. MPs worry the police may be overzealous in enforcement. “Legal but harmful” is necessarily broad but also nebulous. Neither the state nor big tech are ideal judges of what is false information. Others fear Ofcom’s powers are inadequate and that there is no focus on the metaverse.

When those losing freedoms were statue topplers or environmental protesters, the government was within its comfort zone. “More people go to work than go to protests,” said one then Downing Street aide. But here, some Tories are more chary, fearing “woke” tech giants will use the new law to cull right-leaning or controversial opinions.

Patently, the bill could be better and its broad sweep is a weakness. The pre-legislative scrutiny committee has 25 pages of recommendations including writing in more criminal offences (as ministers are doing) and drawing a clear line from them to what it prefers to call “regulated” content. Ofcom, rather than seeking action, called for a mandatory code of practice and more focus on design features that spread bad content.

In one sense free-speech campaigners are right. This path leads in only one direction and new concerns will spark new restrictions. Yet these fears may be exaggerated. A larger concern is that the bill falls short of delivering the extra protections the public demands.

But all the doubts cannot be an excuse for further stasis. The greater harm lies in continued inaction. As Damian Collins, chair of the scrutiny committee, states: “We have been talking about this for years and in that period the problem has not got better, it has got worse.”

So the bill has flaws and needs tightening. It may get heavily and usefully mauled in its parliamentary passage. But ministers need to avoid becoming defensive, accepting they will get things wrong and being ready to adapt swiftly as things go awry. Many people will understandably be nervous of entrusting these powers to this government. Encouragingly, the combative Dorries has struck a collegiate tone with parliamentarians and supports a permanent committee to police changes.

A useful analogy may be the many Factory Acts in 19th-century Britain, each building on the last in regulating industrial practices, notably on the employment of children and working hours. Most were resisted, with often apocalyptic rhetoric. But over time they reset the balance of society. The Online Safety bill needs to be treated as a first salvo, with swift amendments where the balance is wrong.

Online firms often use the concept of a “minimum viable product” to launch a service and then adapt it in line with user data. Similarly, the right regulatory model will only be found in live engagement. Tech companies will surely understand if ministers conclude the right approach is to move fast and break things.