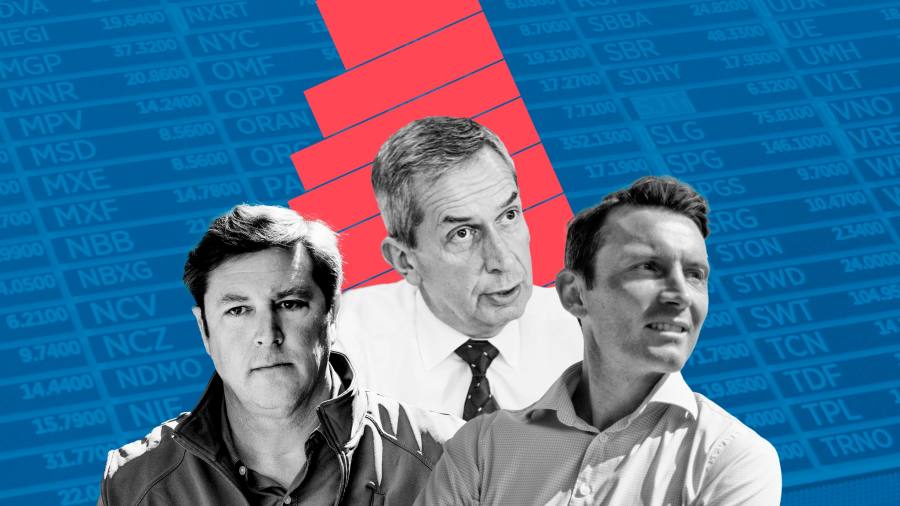 The painful start to the year for global equities has knocked the performance of many star stockpickers, with Facebook parent Meta’s disappointing results this week deepening the pain in some technology stocks.

Among those nursing outsized losses is William Danoff. His $131bn Fidelity Contrafund — one of the investment industry’s largest traditional, actively managed equity funds — has fallen almost 10 per cent for 2022 after shares in Facebook owner Meta, its biggest bet, fell a quarter in a single day.

Technology stocks have been under pressure since last year, when rising fears over central banks reversing their stimulative policies triggered ructions across financial markets. In 2022, central banks led by the US Federal Reserve have reinforced their resolve to raise interest rates, triggering a broader sell-off that has pushed the MSCI World index of global equities down 5.3 per cent.

“The main source of the volatility is the Fed, which is flogging the equity markets with the prospect of tighter monetary policy,” said Ed Yardeni of Yardeni Research.

“The Fed is making a tough transition from easy to tight monetary policy more painful and possibly more prolonged than it has to be. We reckon that ‘the beatings will continue until morale improves’, as the saying goes.”

The gloom has hit some of the industry’s biggest names. At UK money manager Baillie Gifford, Tom Slater’s £15.2bn Scottish Mortgage Trust has slumped 21 per cent in 2022, its worst stretch of returns since the financial crisis in 2008.

Capital Group’s $292bn Growth Fund of America, which is run by a 13-strong team of the US asset manager’s top portfolio managers, has declined almost 11 per cent this year. That is an abrupt setback for the world’s biggest active equity fund, which has averaged annual returns of almost 14 per cent since its inception in 1973.

Stock markets had earlier this week started to regain their footing after a turbulent January, until Meta reported disappointing numbers on Wednesday evening. That wiped more than $230bn from its market value and triggered another bout of turbulence for many tech stocks.

“The wildest of the wild favourites [in the stock market] may be starting to roll over,” Paul Singer, the head of Elliott Management, wrote in a recent letter to investors seen by the Financial Times.

Fundsmith, the prominent £26bn investment fund managed by star UK stockpicker Terry Smith, has declined 10.8 per cent in 2022 according to Refinitiv data, after big losses on Meta and PayPal.

Big actively managed funds at T Rowe Price, Invesco and Polen Capital were also caught out by Meta’s share price collapse and the resulting tech stock sell-off, which sent the Nasdaq Composite index down 3.7 per cent on Thursday and pushed this year’s losses to almost 10 per cent despite the recovery on Friday.

“Tech stockpickers had an awful 2021 and an even worse January,” said Andrew Beer of investment firm Dynamic Beta Investments.

The “tech wreck” has not been uniform, with companies such as Apple, Microsoft, and more recently Amazon, reporting better than expected results that helped lift their shares. In some cases, this has softened the blow for stockpickers, with Danoff’s Contrafund also heavily invested in Amazon, Microsoft, Apple and Warren Buffett’s Berkshire Hathaway, one of the few stocks to eke out gains in 2022.

Stockpicking hedge funds that focus on “growth” stocks lost 3.7 per cent on average in January, according to data group HFR, their biggest monthly loss since the onset of the coronavirus pandemic in March 2020, while hedge funds overall lost 1.5 per cent. But the wild nature of the market swings meant that some big managers suffered much bigger falls.

Maverick Capital’s Lee Ainslie — a so-called “Tiger cub” who previously worked at Julian Robertson’s Tiger Management — lost 21.2 per cent in the month through to January 28, according to numbers sent to investors. Fellow cub Steve Mandel’s Lone Pine fell 11.9 per cent for the month, according to a person familiar with its performance. Maverick did not respond to a request for comment. Lone Pine declined to comment.

BlackRock’s Alister Hibbert, one of the firm’s top-performing hedge fund managers, lost around 9 per cent in his Strategic Equity fund last month, one of its worst months on record, after suffering losses in some of his more defensive stocks, said people who had seen the numbers. BlackRock declined to comment.

For some more bearish managers, the market falls are providing a long-awaited vindication. Odey Asset Management’s Crispin Odey, who has long predicted soaring inflation, gained 23.5 per cent in his European fund last month as one of the industry’s best performers, according to numbers sent to investors, helped by bets against UK government bonds and against stocks. Colleague James Hanbury, meanwhile, gained 9.6 per cent in his LF Brook Absolute Return fund. Odey declined to comment.

Argonaut Capital chief investment officer Barry Norris, who has been predicting a bear market, made 5.5 per cent last month. “There isn’t a lot of hedging [by other hedge funds],” he said. “A lot of hedge funds have become [index trackers] with a performance fee.”