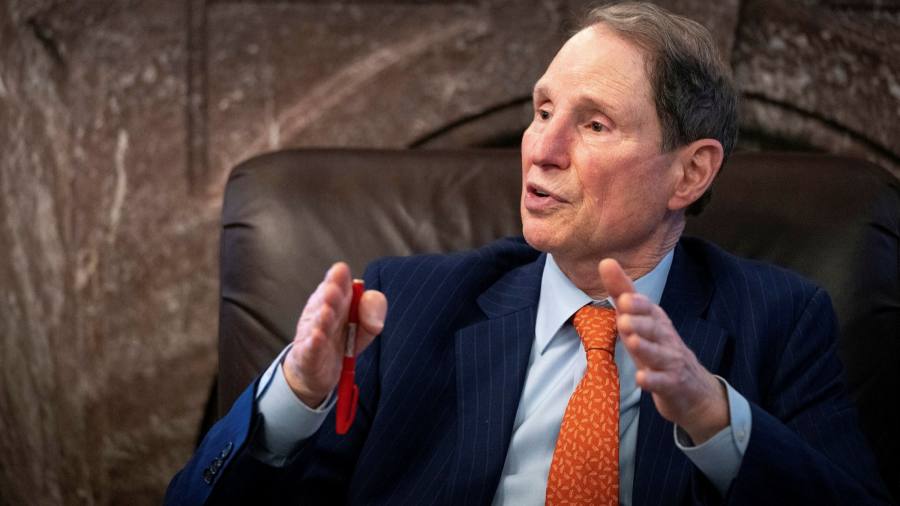 One of the Senate’s most powerful Democrats has warned his colleagues against cracking down too hard on the booming cryptocurrency industry, likening it to the internet in its infancy.

Ron Wyden, chair of the Senate finance committee and one of the architects of US internet regulation, urged members of his party to protect crypto innovators despite concerns about fraud and money laundering within the industry.

Wyden’s warning comes as senior officials in the administration of Joe Biden look to clamp down on unregulated crypto activity, especially on popular trading platforms such as Coinbase.

Wyden told the Financial Times: “There is obviously a debate [about stricter regulation] but I want to be on the side of the innovator. When I think about crypto I think about remittances, or somebody who has a kid 1,000 miles away and wants to get them help in an emergency, rather than going through scores of banks, credit card companies.

“I keep looking for innovations,” he added. “That’s where my heart lies.”

The demand for cryptocurrency has rocketed in recent years, driving the total value of such coins to about $2tn. Their popularity has caused alarm among politicians and regulators, who have warned about the possibility they could be used for fraud and money laundering.

Wyden’s comments contrast with those of his Democratic colleagues. But they echo similar ones made by a small but increasingly influential group of members of Congress who have championed the crypto industry, from the Republican Tom Emmer to the Democrat Ro Khanna.

Wyden likened the industry to the internet in its early days, when he and colleagues in Congress drew up legal protections for online platforms so they could avoid being sued for content that users post on their sites.

That rule — Section 230 of the Communications Decency Act — has been dubbed “the 26 words that created the internet”. And it has come under fire from Republicans and Democrats in recent months, with several members of Congress arguing it should only be applied to those companies that comply with a certain set of principles or rules.

Wyden hit back at attempts to rewrite Section 230, arguing that making companies liable for user content would simply push those who post damaging content on to more secretive parts of the web. “You can go along with these bills that sound good, but you are really going to drive the bad guys to the dark web,” he said.

“I don’t think anybody’s ever going to invest in anything — particularly the small person — if you hold somebody liable for everything posted on the site.

“Why don’t we just say the person who produces the contents, the person we’re gonna hold responsible? I thought that was the right way to go then and I still do.”