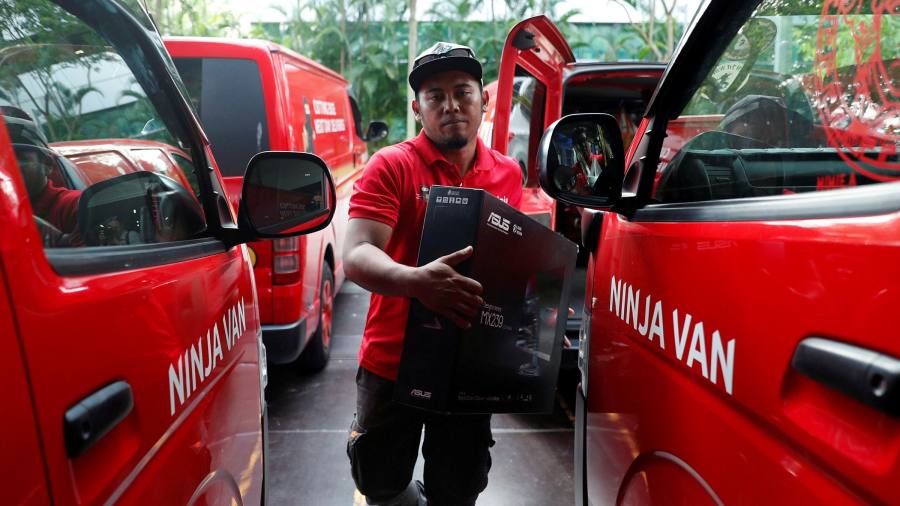 Hi everyone, James here wishing all #techAsia readers a very happy lunar new year. Judging by the news flow, it looks like this Tiger could pack a punch. Two big themes dominate. One is the boom in start-up funding in south-east Asia and China (see The Big Story and Smart data). The other is just how sensitive and controversial Asia’s tech emergence is becoming. The US is mulling new legislation (Our take) and the EU wants to counter China in setting global standards (Nian’s top 10). For now though, put your feet up if you can and enjoy whatever new year cuisine floats your boat.

South-east Asian start-ups enjoyed a record funding boom last year. Data compiled exclusively by DealStreetAsia, a Singapore-based financial news website, showed that the funding “gold rush” in 2021 created 25 “unicorns”, or start-ups valued at more than $1bn, according to this article in Nikkei Asia.

Experts said the phenomenon was likely to continue in 2022.

According to DealStreetAsia, 25 start-ups from six south-east Asian countries became unicorns in 2021, with their combined valuation at $55.4bn. This vastly improved on the previous performance, with only 21 companies in the region reaching unicorn status between 2013 and 2020.

The gold rush also spread geographically, with Vietnam and the Philippines joining Singapore and Indonesia as focal points.

Upshot: South-east Asia’s start-up ecosystem started to grow in the early 2010s — five to 10 years behind China’s — in tandem with smartphone penetration. A recent tech sell-off in global markets could have some impact but international backers will probably continue to be interested in the region.

The US in recent years has erected a slew of inward investment rules. But now, Washington is considering legislation to review outbound investment to China and other “countries of concern”.

A bipartisan group of US lawmakers has proposed a National Critical Capabilities Defense Act, which would establish a committee to screen outbound US investments where “national critical capabilities” were in play.

The implications for tech investments are huge, said a recent report. If enacted, the legislation is broad enough to cover 43 per cent of US foreign direct investment to China over the past two decades, according to Rhodium Group, a consultancy, and the National Committee on US-China Relations, a non-profit organisation.

From 2010 to 2020, US companies invested almost $150bn into China. Much of it — such as Tesla’s “gigafactory” in Shanghai — was in critical tech sectors, and about $60bn came in the form of venture capital investments in a vast array of Chinese start-ups. This provided the crucial impetus for the development of China’s tech sector.

The definition of “national critical capabilities” under the proposed legislation is evolving, but it could cover, in some degree, sectors such as semiconductors, artificial intelligence, robotics, aerospace, medical technology and others. Given the bipartisan support for the proposal, some form of new legislation appears likely. Watch this space.

Chinese start-ups pulled in a record funding haul last year, up a third from the prior year, according to data provider ITjuzi.

But there is a growing bifurcation in China’s venture space. Funding for ecommerce, education technology and social start-ups was flat or down, while investments in semiconductors, robotics and other hard tech companies jumped.

The impact of Beijing’s regulatory campaign on consumer internet companies has been severe. China’s online education leader New Oriental laid off 60,000 employees. Rivals such as Gaotu Techedu, TAL Education Group, Yuanfudao and Zuoyebang have collectively let go of tens of thousands of workers.

According to people with knowledge of the terms of his departure, Claure will receive a severance payment of between $30mn and $40mn and will continue to have a stake in SoftBank’s Latin America fund which, depending on its performance, could be worth between $200mn and $400mn.

Claure joined SoftBank in 2013 when the group bought a majority stake in his Miami-based telecoms start-up Brightstar. He has since become Masayoshi Son’s in-house fixer and right-hand man. His record of company turnrounds led to a demand of at least $1bn in compensation last year, which eventually soured his relationship with Son.

His departure revived longstanding concerns about the company’s direction under Son at a moment of vulnerability. Since hitting an all-time high in March last year, shares in SoftBank have tanked 60 per cent. Its star investment, WeWork, went public through a Spac merger that valued the business at $9bn, far less than the $47bn that was originally hoped.

And now, its plans to offload UK chip designer Arm to Nvidia of the US also look set to collapse.

Google is putting its $10bn India Digitisation Fund to use. The US tech giant has allocated $1bn from the fund to take a small stake in Bharti Airtel, an Indian telecoms operator.

Of the $1bn committed, Google will spend $700mn to buy the telecom company’s shares, while the rest will be funnelled into implementing multiyear commercial agreements to “scale Airtel’s offerings and accelerate access and digital inclusion across India’s digital ecosystem”.

“Our commercial and equity investment in Airtel is a continuation of our Google for India Digitisation Fund’s efforts to increase access to smartphones, enhance connectivity to support new business models and help companies in their digital transformation journey,” said Sundar Pichai, chief executive at Google and its parent company Alphabet.

With the investment in Airtel, Google has bought into India’s two biggest telecom operators, after picking up 7.7 per cent of Reliance Industries’ Jio Platforms in 2020. Airtel and Jio control 67 per cent of India’s cellular market.