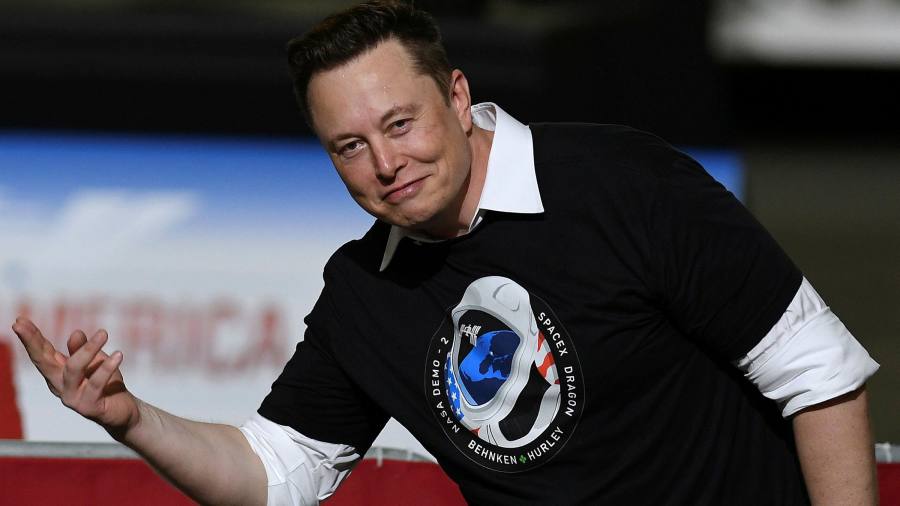 Tesla has received a subpoena from the US securities regulator relating to its compliance with a 2018 settlement that resolved a dispute between the agency and the electric carmaker over chief executive Elon Musk’s “funding secured” tweet.

The Securities and Exchange Commission issued the subpoena in November asking Tesla to submit information on the company’s “governance processes around compliance” with an SEC settlement and its subsequent amendment, according to a regulatory filing from the company.

The subpoena marked the latest chapter in the running battle between the regulator and Tesla boss, who rattled Wall Street in 2018 with a tweet declaring: “Am considering taking Tesla private at $420. Funding secured.”

The SEC subsequently charged Musk with securities fraud for misleading the market. He vehemently rejected the charges at first but ultimately bowed to the agency and agreed a settlement in which he stepped down as Tesla’s chair for three years. Musk and Tesla also each paid $20mn in fines.

Another part of the initial 2018 agreement required Musk not to comment publicly about anything “material” to Tesla shareholders without prior approval from a company lawyer. That guideline was amended in 2019 to lay out a detailed list of proscribed subjects, including any information about the company’s financial condition, potential mergers and acquisitions and production details.

The latest subpoena was issued 10 days after Musk asked Twitter users in November to vote on whether he should sell 10 per cent of his Tesla stake, which was worth about $18bn at the time. Tesla’s shares fell 5 per cent on the day after 58 per cent of voters backed the idea, and Musk raised billions of dollars from share sales later in the year.

Even after the settlement, Musk has frequently taunted the SEC on Twitter, appearing to test the boundaries of the agreement. Musk called the SEC the “short seller Enrichment Commission” days after settling with the agency.

Several of his comments since have touched on subjects covered by the settlement, including a tweet in 2019 about solar panel production volumes, although Musk did not disclose whether he had sought approval first.

The SEC in 2019 asked a judge to find Musk in contempt of court after the Tesla chief executive wrote on Twitter: “Tesla made 0 cars in 2011, but will make around 500k in 2019.” The agency alleged Musk had not sought approval before posting the inaccurate announcement, thus violating the settlement reached the previous year. That request was dropped after they agreed the revised terms of the settlement in 2019.

In an interview with the Financial Times late last year, Musk said: “I feel like Tesla has been unfairly targeted over and over again by the SEC. From what I can see they’ve done nothing to protect investors, small or large, from Wall Street short sellers.”

The SEC and Musk did not immediately respond to requests for comment.