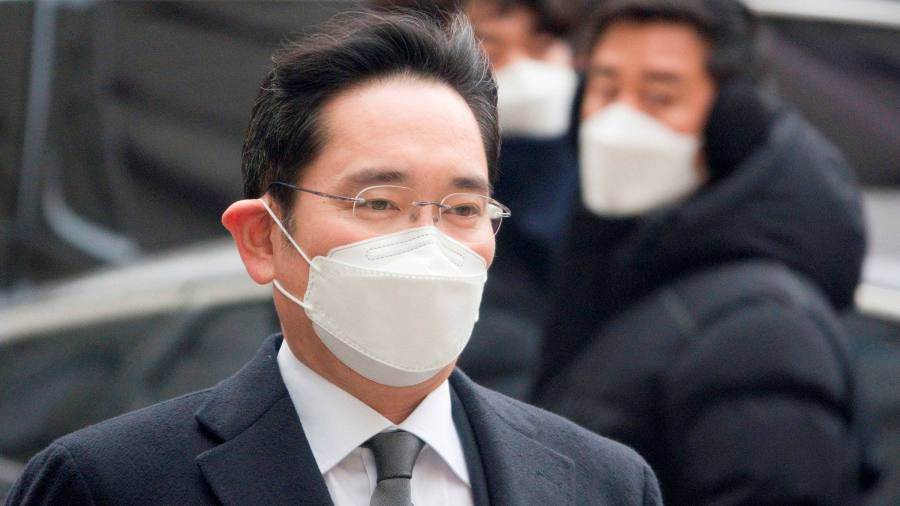 Hello everyone, Ken here from Tokyo. Just like in other parts of the world, almost every news story here is related to Russia and Ukraine these days. Nonetheless, the tech world is moving forward. Sony and Honda Motor have announced their partnership in the electronic vehicle business (Our take), while Taiwan’s Foxconn is making new bets in the EV sector (Nian’s top 10). And the elite Silicon Valley venture capital firm Accel is launching a new fund to invest in south-east and south Asian start-ups (Art of the deal). Stay safe till next week!

The trials of Samsung are reaching a climax. Lee Jae-yong, scion of the hereditary owners of Samsung — one of the world’s most valuable tech companies — is fighting a legal battle against South Korean prosecutors and a US hedge fund.

Failure could mean the downfall of a dynasty.

Key developments: Lee has spent the last four years in and out of prison, due largely to his determination to succeed his father, Lee Kun-hee, who ruled Samsung for almost three decades before he was hospitalised in 2014 after a heart attack. He died in 2020.

Lee’s case is part of a family succession crisis that highlights the close and sometimes controversial entanglement of politics and South Korea’s conglomerates, known as chaebol, as the country prepares for a closely fought presidential election today.

The case has already ensnared a former South Korean president Park Geun-hye, who was jailed for bribery in 2017. She was pardoned on Christmas Eve last year.

Upshot: Lee’s future is set to be decided by the outcome of the current investigation, which has seen eight Samsung executives found guilty of destroying evidence and three jailed so far.

The announcement of the Sony–Honda partnership last week was almost predictable.

Masaru Ibuka, one of Sony’s two co-founders, revealed in the 1960s his vision on how the development of semiconductors and computer technologies would lead to “artificial brains” capable of driving cars in lieu of humans. Ibuka was a good friend of Soichiro Honda, Honda’s founder.

Sony was part of a joint venture with IBM and Toshiba to develop advanced microprocessors in the mid-2000s. It still makes chips for its electronics products such as game consoles and smart TVs.

Then, in the 2010s, the company chose AI and robotics as key frontier fields. The decision led it to form a new subsidiary, Sony AI, in 2020, naming Hiroaki Kitano as its founding chief executive.

Kitano is one of Japan’s leading AI and robotics researchers and headed up the development of Aibo, the robot dog, one of the world’s first autonomous consumer robots. He is also founder of the RoboCup, a football tournament played by autonomous humanoid robots.

Sony announced its plan to enter the mobility market in January. Soon after that Kitano sounded excited on Facebook when he announced how Nature magazine was featuring Sony AI’s report on how its AI players had beaten human counterparts in the “Gran Turismo Sport” virtual motor race.

The partnership with Honda reinforces our view that Sony’s pursuit of AI car driving excellence will not be limited to the game space. It is also a serious engineering effort for real-life self-driving cars. Apple, Google, Tesla and General Motors should brace for new competition.

About 50 per cent of the world’s supply of neon and 40 per cent of its krypton come from Ukraine — and both gases are critical to the production of semiconductors.

Many countries are likely to be hit. South Korea’s chip industry is particularly reliant (see chart), with companies such as Samsung and SK Hynix finding it hard to find alternative sources for krypton and neon, analysts said.

Alex Bornyakov, Ukraine’s deputy minister for digital transformation, is leading a digital army of more than 300,000 IT engineers and others from around the world to resist Russia’s invasion.

Bornyakov said that the country had asked more than 70 IT companies to help. International tech giants including Apple, PayPal, Microsoft and Oracle have suspended their operations or sales in Russia. Such shutdowns can sow discontent among the Russian people and corporations.

“Every day more and more [are] joining,” Bornyakov said. “Our ultimate goal is to make Russian military forces [go] back to Russia and leave us alone.”

The digital army is also working on combating Russian cyber attacks and disseminating accurate information to the Russian public at a time of heavy censorship by Moscow.

The Silicon Valley venture capital firm Accel, which was an early backer of Facebook, Spotify and Dropbox in the US, is training its vision on south-east Asia.

It launched a fund worth $650mn to support start-ups in the region and in India. The early stage investor previously raised six India-focused funds totalling $1.6bn.

“The way we work at the very highest level is that we focus on domestic economy businesses which are a proxy for consumption,” Abhinav Chaturvedi, a partner at Accel, told Nikkei Asia. “It can be consumer companies, financial services companies and supply chain businesses. Also a significant part of our focus is software companies.”

Investors have been scouting for the next big Asian destination for their funds after regulators cracked down on Chinese technology companies.