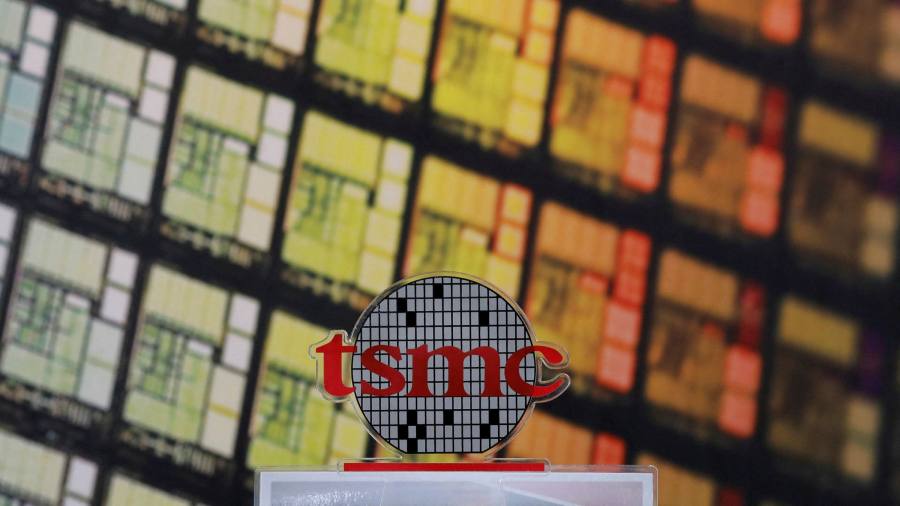 Hello, Kenji here from Hong Kong, where the latest Covid-19 wave is raising concern and causing fresh groceries to disappear from supermarket shelves. Chip giant TSMC is doing a lot to invest overseas; its Japan project is expanding but its US plant is facing delays. India, meanwhile, is teaming up with Foxconn to fulfil its own chip ambitions (The Big Story). The fate of UK chip designer Arm is not settled yet (Nian’s top 10). A year after the Myanmar coup, some western companies are leaving, but their Chinese rivals have taken a different approach (Our Take). Take care!

TSMC is suffering delays in its US chipmaking ambitions. The Taiwanese giant, which is the world’s biggest contract manufacturer of semiconductors, is three to six months behind schedule in building its first advanced chip plant in the US, according to this exclusive in Nikkei Asia.

The delay comes as the global scramble to localise chipmaking intensifies. Foxconn, the Taiwanese iPhone assembler, plans to build a chip factory in India with local natural resources group Vedanta, while TSMC is increasing its investment in a plant in Japan.

Key implications: TSMC had initially planned to start moving chip production equipment to the plant in Arizona by September this year, but the company has told suppliers that deadline will be pushed back to February or March of 2023, several people said.

The US plant is TSMC’s most advanced chip facility outside its home market. The project was announced in May 2020, and construction started last June. In its home market, TSMC usually reaches the move-in stage in about 15 months, and in some cases in as few as 12 months.

Meanwhile, the TSMC project in Japan — which is a joint venture with Sony Group and auto parts maker Denso — is upping its investment to allow the production of more advanced chips.

Upshot: The US delay for TSMC could be a worrying trend. It is being put down to labour shortages and red tape exacerbated by the Covid pandemic. But intense competition for workers in Arizona, where Intel is also expanding capacity, may continue for a while to come.

A year after the military toppled a democratically elected government in Myanmar, Japanese beverage conglomerate Kirin Holdings officially announced its withdrawal from the south-east Asian country this week. A number of other companies from western democracies — such as Total, Chevron and Telenor — have also made tough calls to withdraw from an economy once hailed as an exciting frontier.

Meanwhile, Greenway Mining Group, a unit of Chinese state-owned conglomerate Citic, reaffirmed a commitment last week to stick with Myanmar. The Hong Kong-listed company owns two mines in Myanmar, mainly extracting lead, which has a variety of tech uses including the manufacture of batteries and a substance to block harmful radiation from computer screens.

But the Chinese company is “encountering unprecedented difficulties”. Its production is suspended and about 2,000 tonnes of products are stuck at the border with China. It has also experienced “sporadic and intermittent illegal incidents” that left its communications cables damaged and mining tools stolen. Meanwhile, economic sanctions imposed by the west are causing “cash shortages and uncertain financial fluctuations”.

Greenway’s shares have been suspended for almost a year because it failed to publish an annual report for 2020. It said that proper auditing for its Myanmar operation was impossible. However, it still views the project in the country as a “long-term investment” and is applying for a mining licence renewal from local authorities.

The difference between how Chinese and western companies deal with Myanmar is apparent. This is especially true for Greenway, as its top shareholder, Citic, is spearheading China’s economic advance into Myanmar. It is developing Kyaukphyu, which encompasses a port facing the Bay of Bengal and a special economic zone. Both are strategic assets under the Belt and Road Initiative, led by President Xi Jinping.

The coronavirus pandemic has helped fuel a surge in fundraising for Indian gaming companies, which attracted $412mn in 2020, up from just $34mn in 2016.

The average amount of time enthusiasts spent playing games rose from about 2.5 hours a week before the pandemic to 3.6 hours during the strict nationwide lockdown in the spring of 2020, according to consulting firm Redseer.

Game downloads almost doubled over that period, and remained 50 per cent higher than pre-pandemic levels last year. Mobile gaming is king in India, thanks in large part to the proliferation of smartphones. Cricket, the perennial domestic favourite, is one of the many games played.

AI has made strides in one-on-one strategy games where players can take time to weigh different options each turn. But Gran Turismo is different as it requires real-time decisions on steering and acceleration based on a range of factors from the curves of the road to the position of other cars — a task long considered too difficult for AI programs.

Sony achieved this not by teaching Sophy what was “right” or “wrong” but by using deep reinforcement learning that allows AI to teach itself through trial and error. Sophy and copies of itself played Gran Turismo for tens of thousands of hours to figure out how best to navigate courses and overtake rivals.

Apart from using AI to develop more realistic strategy games, Sony is hoping to apply the technology to industrial uses such as autonomous racing, autonomous driving and high-speed robotics and control.