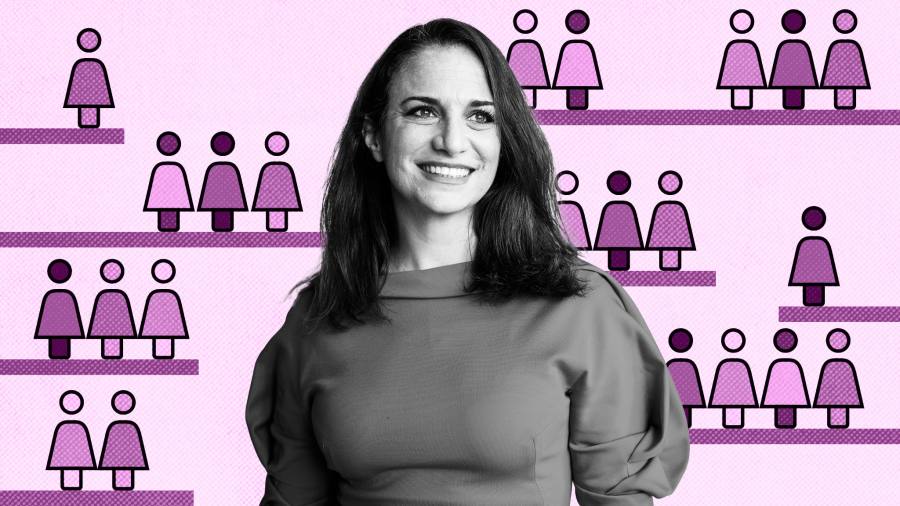 The writer is founder of Noon, a platform for women in mid-life.

International Women’s Day falls this week, bringing with it a deluge of events and initiatives. But in the furore over gender-balanced boards, more female chief executives and talent pipelines, many companies are ignoring a crucial piece of the diversity jigsaw — mid-life women.

The pandemic has hit the female talent leadership pipeline hard. Data from LinkedIn, included in the Global Gender Pay Gap 2021 report from the World Economic Forum, showed “a marked decline of women’s hiring into leadership roles”, which it says dented progress across many industries by one or two years.

Likewise, a report published last month by the FTSE Women Leaders Review highlighted the challenges of getting female professionals into leadership roles. “Two-thirds of below-board jobs, so-called leadership roles, are still going to men,” says Denise Wilson, chief executive of the review. “The appointment rate for women remains below a third which is disappointing and needs to improve if we are to see real change at the top.”

The problem is that if companies lose high-flying women in their forties and early fifties, it shatters the talent pipeline for future female leaders — the average age of female board members in the UK is about 57 years old, and this rises to 61 for women chairs, according to a recent report by Deloitte. But some companies, including NatWest, Accenture and Greggs, are waking up to the challenge, and implementing the support and culture change needed to plug the gap.

“Diversity of thought and lived experiences are crucial to unlocking value and improving productivity,” says Jennifer Romano, a managing director at global consultancy Accenture. “The challenge is also to improve gender parity in leadership positions, and support women through the pinch points of mid-life,” she adds.

Those “pinch points” are many and varied — from bereavement, divorce, and illness to abusive relationships, redundancy, financial crises and many more. In fact, a study of women aged 45-60 in the UK, carried out by Noon, found that more than half of women have experienced five or more adverse life events. And these can hit women particularly hard as they also tend to bear the brunt of caring responsibilities (for children and elderly relatives), and are affected by the menopause.

The study also reveals much broader factors at play around how mid-life women view success in their careers. For example, only 5 per cent of respondents said they valued the “kudos” that came with their jobs. Some 81 per cent of respondents, on the other hand, cited work-life balance as an indicator of success in their working lives. More than half of women (55 per cent) said that “making a positive contribution to the company I work for” was important, and 52 per cent noted how valued their company made them feel as an essential factor.

Other factors can also affect the numbers of talented female professionals who are falling out of corporations. I have spoken to many women who feel that gendered ageism puts them at the top of the list for redundancy, while others want a more “plural” career, taking on roles such as non-executive directors (NEDs). Some also fancy running their own company — one survey showed that half of small businesses in the US are owned by people over the age of 55.

“The key to retention of mid-life women is support, coaching, intervention and making sure they are supported by managers who understand their issues,” says Liz Burton, director of diversity, equity and inclusion at NatWest, the bank. “We are right there with our more senior women; we agree that mid-life is not the end of the road. This is where [a] huge opportunity lies to pull through more female chief executives and we know that we need to support women at that stage and to help them to succeed so they pull through — as our CEO Alison Rose did — to board level.”

Since Rose was appointed to lead NatWest in 2019, she has ensured that high-potential female professionals get visibility across the executive committee and main board, says Burton. NatWest’s board is 30 per cent female, with women in the chief finance, marketing, people and governance roles, she adds. Women are also made “board ready” by serving on boards in different areas of the group. For instance, Wendy Redshaw, chief digital information officer for retail banking at NatWest, was recently appointed as a NED in part of Royal Bank of Scotland.

“We have seen a recent trend of senior female directors ‘going plural’ and taking on NED roles earlier, in their early forties in some cases,” says Sarah North, head of talent at NatWest. “Clearly this reduces the pool of top females to take on the top executive roles — female risk directors, for instance, are particularly in demand as NEDs.”

It’s not a case of teaching women to be successful in a male environment. A a company must shift its culture to ensure everyone, of all backgrounds, can thrive

Experience is key to evaluating risk and mid-life women have plenty of hard-won wisdom. Many joined the workforce in the 1990s recession and have lived through 9/11 and the 2008 financial crisis. They also bring deep wells of personal insight about diversity: many were the only woman in the room and have struggled with work-life balance — and can bring all that to play when mentoring teams and juniors.

It is not just in banking and consultancy that companies are realising the importance of keeping senior women in the pipeline. “We are proud that 50 per cent of management positions at Greggs are occupied by women and are working hard to replicate this split across the most senior levels,” says Emma Walton, the UK bakery chain’s chief people officer.

“Promoting flexible working and wellbeing has been particularly important to run alongside our women in leadership development programmes . . . We also introduced our menopause policy in 2021 to ensure women are supported to achieve their full potential.”

Such ideas are also taking root globally. Sannam S4, which provides professional services, is 67 per cent female overall but its management is predominantly male, according to chief executive Adrian Mutton. “We have instigated a programme of positive female leadership, encouraging the women to challenge, be more confident and progress into management positions,” he says.

At Accenture, tailoring support for mid-life women comes alongside a wider culture shift. “It’s about ensuring everyone feels seen and heard, rather than defaulting to the loudest voice in the room; it’s not a case of teaching women to be successful in a male environment. A company must shift its culture to ensure everyone, of all backgrounds, can thrive,” says Romano.