Why are a leader’s first hundred days so important? 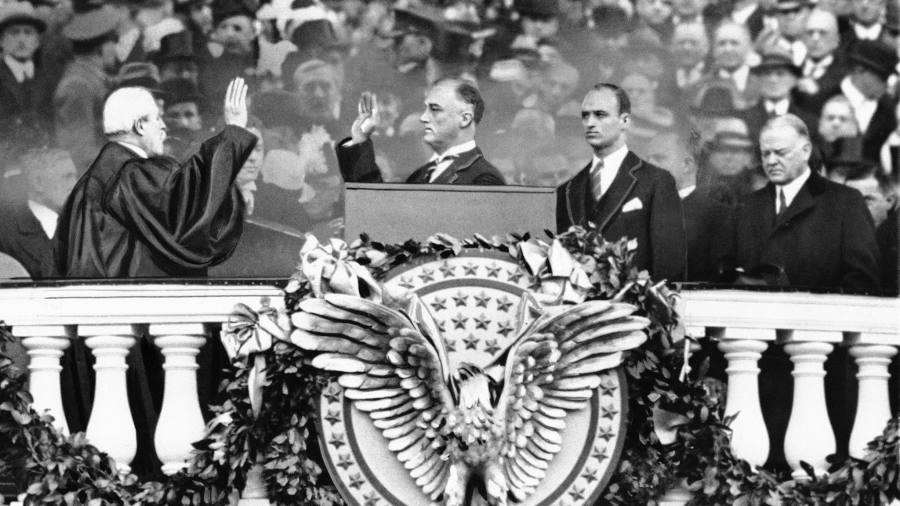 Your first 100 days in charge: a time to show the organisation who you are. The people you are about to lead are waiting, full of expectation and apprehension. How will you change their jobs? Will they even have jobs? Everything hangs on what you do.

The idea that the first 100 days of a leader’s reign are crucial dates back to Franklin D Roosevelt’s inauguration to his initial US presidential term in March 1933. The country was in the grip of depression. “Almost every bank was closed, one in every four people was unemployed and the very survival of democratic capitalism was in doubt,” wrote Thomas Neff and James Citrin of headhunters Spencer Stuart in their book You’re in Charge — Now What?

In his first 100 days, Roosevelt and the US Congress brought relief to businesses, farms and the unemployed, and created the Tennessee Valley Authority to control floods and produce electricity along the Tennessee river. Roosevelt’s 100 days set an example for many organisational leaders who feel that they, too, have to use those first three months to take decisive action. An energetic first 100 days shows you mean business, that you can act decisively before people settle back into their comfortable ways.

But is an action-filled first 100 days a good idea? Not necessarily, say leaders who have been through them. Much depends on the state of the organisation you are taking on. And in any case, they say, your job begins even before your first 100 days.

The moment you know you are going to be taking charge, you need to start work, finding out as much about the organisation as you can. “And I don’t just mean sitting in your home office reading through stuff,” says Cagla Bekbolet, managing partner in the London office of Egon Zehnder, the headhunters and leadership advisers. Even before they start, leaders should be visiting company facilities and talking to customers, analysts, bankers and the board. The aim is not just to pick up facts about the organisation, Bekbolet says, but to “understand the DNA, understand the heritage, understand the purpose, the identity”.

How fast you should move when you actually start the job depends on the state the organisation is in. “Is it a troubled company? Is it a stable company or simply a company with some problems to fix? Or is it one that is maybe the subject of a takeover?” says Sir John Parker, who, in a decades-long executive career, has seen companies in all these situations. Parker is chair of Laing O’Rourke, the construction and engineering group, and has also chaired, among others, Anglo American, the National Grid and Pennon, the water company, and was chief executive of Harland & Wolff and Babcock International.

In 2009, when he became chair of Anglo, the mining group was facing an unwanted merger proposal from rival Xstrata. “Xstrata had their tanks on the lawn,” Parker recalls. If the company is in crisis, the leader doesn’t have the time for gentle easing-in. “You have no option to say ‘I need to study this, I need to study that’. You need to get a strategy put down on a piece of paper fairly quickly.”

Never criticise, even if you disagree, because there’s always a reason why certain things were done. The time to change it will come

But if there is no roaring fire to put out, leaders should spend those first 100 days learning, continuing the discussions with suppliers, customers and staff. “You never truly know a company until you’re inside it,” Parker says.

The worst thing you can do on arriving is assume you know how the company works, even if you have done the preparatory work before you start, says Elizabeth Jenkin, chief executive of Nimbla, which has an algorithm that assesses the probability of default by small businesses’ customers. It takes time for new leaders to assess the state of the organisation. “What are people actually working on and how efficient is the organisation and where are the blockers? You’re not really going to know those things until you get in,” she says.

A new leader does not have to pretend to know everything. “I’m very happy to take the mickey out of myself about things that I don’t know, like I’m not very good about finding my way around an Excel spreadsheet. But I will use that also as a learning opportunity: is there anyone in the organisation who can show me how to do whatever it might be?” Jenkin says.

Isn’t there a danger people may become nervous about having a leader who is not on top of the job? “Being curious doesn’t necessarily mean I have no idea what I’m doing,” Bekbolet says. “Being curious might be: here’s my set of experiences and my beliefs, but I’d like to hear yours.” Being too firm in your opinions when you start doesn’t necessarily inspire confidence. Employees need to be reassured that they are “not going to get a leader who’s going to be so strident in their own view that they can’t see an asteroid coming their way”.

New leaders should avoid early criticism of things they think should be done differently. “I would say never criticise, even if you disagree, because there’s always a reason why certain things were done. The time to change it will come,” Bekbolet says.

Taking time to learn about the organisation also allows the new leader to assess who in the organisation is ready for change — and who will be the leader’s allies when the change comes. Jenkin says that when she became CEO in 2020 she realised that Nimbla needed to move its plethora of customer databases on to a single system. “I made that decision really early. I should have probably waited a bit longer. Because it was the right decision, but I should have got everybody else more on board with it.”

Bekbolet says new leaders can experiment with small changes in the early days. “Float ideas without coming up with a grand plan, to nudge the system a little bit, to see how much flex there is. But the tricky thing is, while you’re observing all of this, is to know when to pivot to action — because you can’t keep observing forever.”

Having spent time learning and formulating strategy, new leaders do need to act. “That old phrase always stuck with me: we must avoid paralysis through analysis. And the leader’s job is to make decisions. Sometimes you have to be courageous,” Parker says.